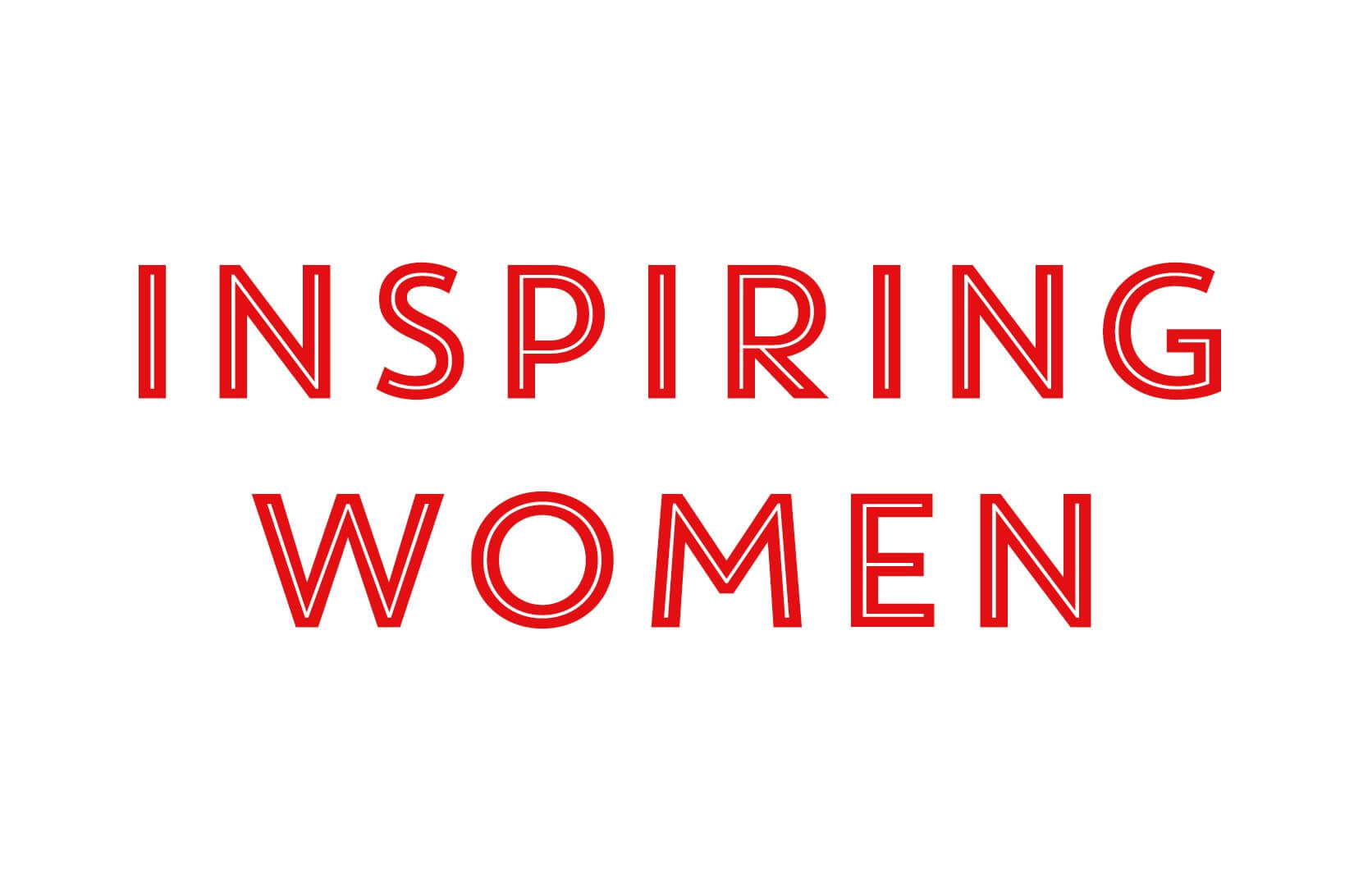 Today is International Women’s Day, so let’s celebrate women’s achievements by better understanding how they changed the world. Brave and bold women have played a part in changing history for the women who came after them, and today, they are the reason young women can dream big and feel able to follow those dreams. Teen Breathe has recognised some of these amazing women in the Special edition “Inspiring Women” – here are just a few of them in our Top 5 Women under 30:

1Can you imagine climbing a wall using just one arm? Sianagh Gallagher can, and she does it effortlessly. Born 10 weeks premature, Sianagh wasn’t given much chance of survival. Not only did she have many health complications, an arm and shoulder blade were missing. But she was a fighter and Sianagh grew up to be like any other little girl. When she had the opportunity to undertake a climbing course at school at the age of 10, this was her chance to strive for more. Sianagh hasn’t stopped climbing since. She won the first UK climbing competition for the disabled aged 13, then joined Team GB’s paraclimbing team at 16 and came third in the World Championships three years later. Along the way, she has developed her own climbing style, executing her unique moves with an amazing grace. Always one to challenge herself, Sianagh also enjoys kayaking, surfing and skateboarding. Some may consider disabilities a limitation, but Sianagh has found inspiration in them.

2 Another young girl whose mission is to change people’s perception of disability is Australian Emily Prior. Over the years, the fashion industry has slowly become more diverse, and is finally beginning to reflect different sizes, ages, ethnicities and genders. However, models with disabilities are still few and far between. Emily, who has cerebral palsy, noticed the lack of disabled people in fashion catalogues and just like that, decided to challenge the modelling industry – aged eight. She signed up with a model agency a couple of months later and embarked on a quest to raise awareness and inspire others with disabilities. Today, she is an ambassador for children with cerebral palsy and is proud of her condition – but she also wants people to see beyond their differences. Yes, her disability may have helped shape who she is, but it doesn’t define her.

3 This teenager proves that nobody is too young to build a multi-million-dollar empire. Mikaila Ulmer, CEO and founder of Me & the Bees Lemonade, won a major business deal on American TV when she was only nine. What started as a lemonade stand when she was four has grown into a successful brand that is now distributed throughout the US. But more than being a savvy ‘businesswoman’, Mikaila is a social entrepreneur, hoping to save honey bees by selling a lemonade based on her great grandmother’s 1940 recipe, which uses honey instead of sugar. Today at 13, Mikaila has become a motivational speaker (she introduced former president Barack Obama at the first White House State of Women Summit in 2016) with a mission to help the community and the environment. She travels the world and encourages other young, aspiring entrepreneurs to dare to dream big. As she says, ‘Only a kid would think you can change the world with a lemonade stand.’

4 Eighteen-year-old Delaney Reynolds is also making her voice heard to protect the environment. A passionate activist condemning indifference, this American marine biology student has been fighting climate change for several years. Frustrated by politicians’ denial of a growing problem, she felt it was up to newer generations to solve it. As the founder of the non-profit organisation The Sink or Swim Project, Delaney devotes her time to raising awareness about the risks the world is facing and has published a number of children’s books that focus on ecological topics. More recently, she filed a lawsuit against the state of Florida for violating citizens’ constitutional rights by contributing to global warming and not protecting them from rises in sea level. This climate warrior, who once addressed the General Assembly of the United Nations, is unstoppable in her quest to make the world a better place.

5 Emma Watson became an idol for girls around the world after being cast as Hogwarts student Hermione Granger in the Harry Potter film series. But she’s proved that her acting talent is only a small part of what makes her the role model she is today. Not only is Emma a wonderful actress, she’s also an influential humanitarian promoting gender equality and education for all.

Although born in Paris in 1990, Emma Charlotte Duerre Watson was brought up by her English parents in Oxfordshire and London. After appearing in several school plays, in 1999 she was invited to audition for the upcoming film Harry Potter and the Philosopher’s Stone, based on the best-selling children’s book by JK Rowling. After eight auditions that wowed producers with her confidence and ability, she landed the lead role of Hermione Granger, one of Harry’s best friends.

From 2001 to 2011, Emma starred in all eight of the Harry Potter epics, growing up in front of the world and cementing her role as one of the most famous young actors of her generation. Since then, Emma has starred in several major films, including The Perks of Being a Wallflower in 2012, The Circle with Tom Hanks in 2017 and she’s wowed Disney fans as Belle in the 2017 live adaptation of Beauty and the Beast.

With millions of followers on social media, Emma realised she had a great platform to help others and over the past few years has been involved in promoting education for girls in Bangladesh and Zambia, and has highlighted the need for greater women’s political participation in Uruguay. In 2014, she became a United Nations Women’s goodwill ambassador and famously delivered a captivating speech at the UN headquarters launching the HeForShe gender equality campaign. In her speech, Emma opened up about how she started realising there was gender inequality when she was labelled bossy as a child and boys were not. Millions around the globe cheered her statement that feminism was the belief men and women should have equal rights and opportunities, and that the idea that it was about being a man-hater had to stop.

One young woman Emma inspired was Pakistani humanitarian Malala Yousafzai who had heard mixed responses to the word feminist before, but on hearing Emma’s words became clear in her mind. ‘Then after hearing your speech when you said “if not now, when?”, I decided there’s nothing wrong with calling yourself a feminist,’ she told Emma. ‘So I’m a feminist and we all should be feminists because feminism is another word for equality.’

Despite being an award-winning actress earning millions, Emma was passionate about completing her own education. At the same time as starring in the Harry Potter films, she achieved an amazing eight A* grades and two A grades at GCSE. And she wasn’t finished after the blockbuster films. She wanted to study a degree in English Literature and so attended prestigious universities – Worcester College, Oxford, and Brown University in the USA, graduating in 2014. In 2013, she also became certified to teach yoga and meditation. Is there anything Emma can’t do?

Visit breathemagazine.com to view our list of Top 5 Women Ahead of Their Time! 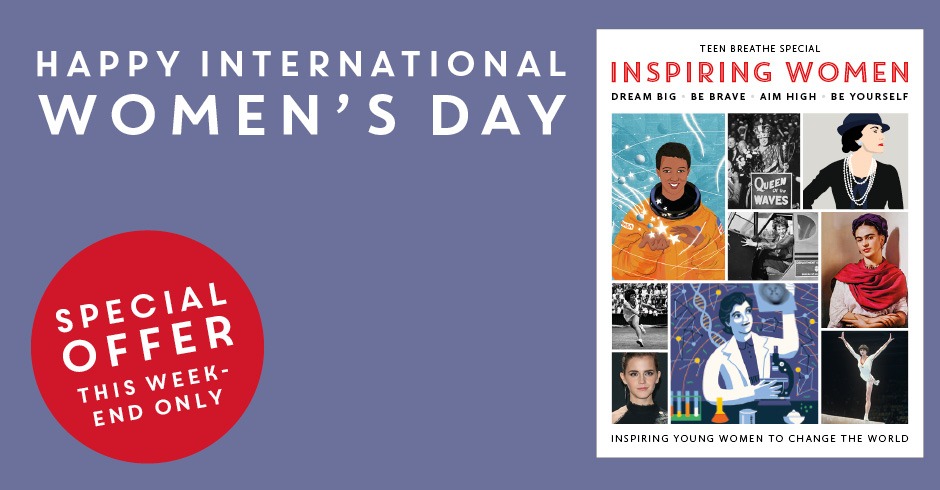 This weekend only, receive a FREE copy of Inspiring Women with any Teen Breathe subscription, using the code B5446 at checkout: subscribe to Teen Breathe. Offer expires 11/03/2019

You’re reading this feed, so it’s safe to assu

Get the giggles this World Laughter Day by grabbin

Today is International Dance Day! If you’re not

‘In the midst of winter I finally learned that t

In this edition... We collaborate with some amazi

Creativity can take many shapes and forms, from ar