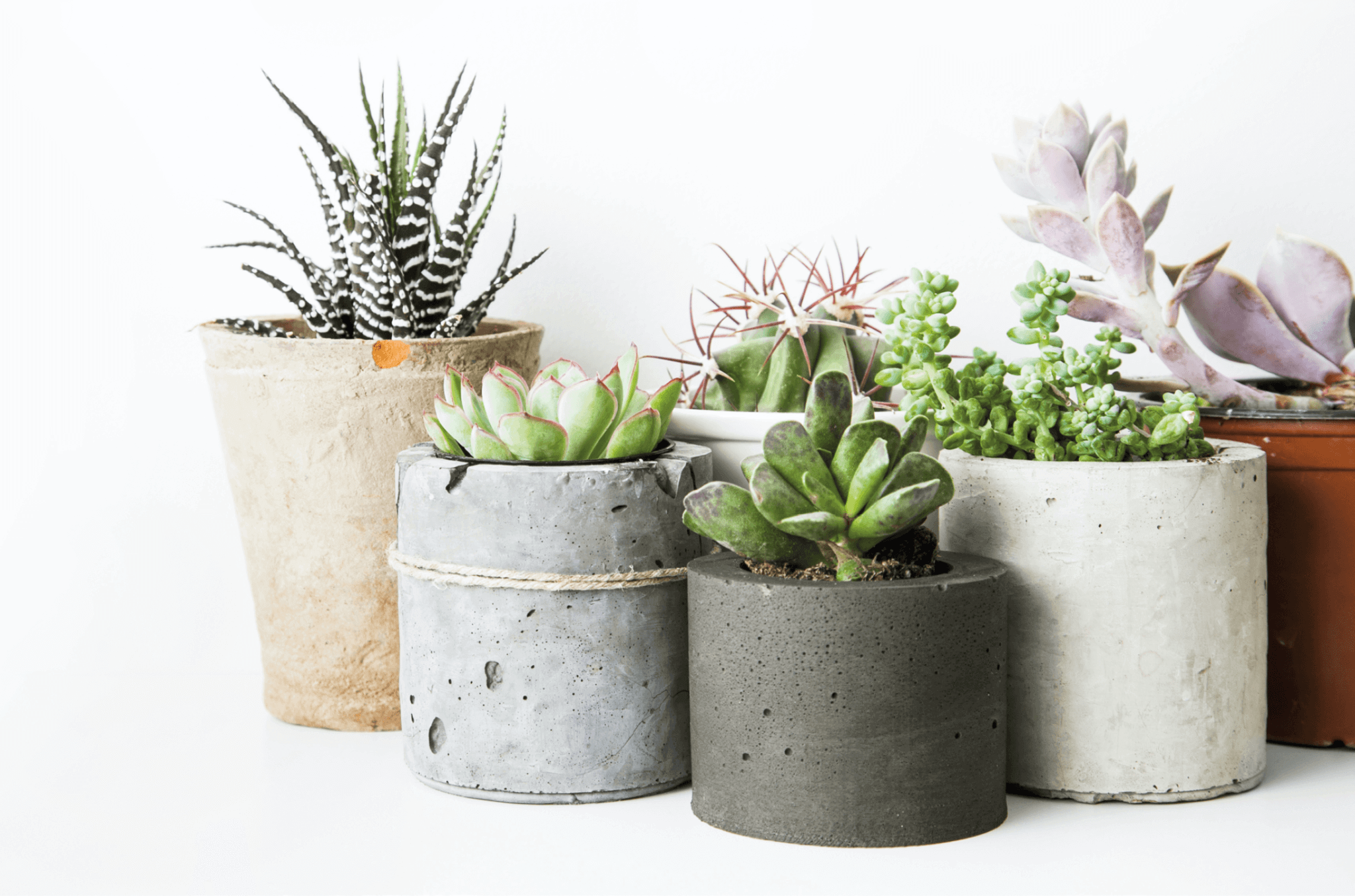 An indoor windowsill is the perfect spot to grow some succulent plants. Why succulents? With just a bit of care and attention, they’ll thrive – they’ll even withstand some neglect. Even better, they come in a range of sizes, shapes and colours, offering plenty of scope to relax and unwind as you put together creative displays.

They’re plants that have naturally evolved to survive droughts and are often found in deserts, rocky outcrops and coastal areas. In all, there are some 10,000 species worldwide. They need light and some water to grow – after all they are living things – but because they store water in their leaves they don’t need watering as often as most plants. The leaves tend to be thick and fleshy, often with a waxy coating to help keep in moisture, which often makes them looks white, silver or mauve. Cacti are also succulents, but they tend to have sharp spines or prickly hairs, making them trickier to handle and arrange in patterns.

Some less prickly succulents include:

Aloe vera – you may already have heard of this one as it’s an ingredient in many skin cosmetics. The plant has long, tongue-like leaves that if cut through release a sticky gel that soothes burned or sore skin. Aloe vera makes a good, medium-sized pot plant for
a kitchen windowsill and is handy for treating minor cooking burns quickly – simply cut off a leaf and apply the cut surface to the skin.

Jade plant or money tree (Crassula ovata) – this is associated with good fortune and friendship in Chinese culture. The plant is used in the practice of feng shui (placing objects in particular places in the home to create a more harmonious environment). Jade plants can last for years and grow into beautiful shapes like miniature indoor trees – you sometimes see them in Chinese restaurants.

Low-growing succulents – small, round or fist-shapes such as Mexican snowball (Echeveria elegans) and zebra cactus (Haworthia) are often sold unnamed. Just pick out a group of similar sizes looking for a contrast of colour, patterns and leaf shape. You can rearrange them all together in a shallow container, when viewed from above this gives either a carpet effect or grid in a square container. Single plants can be planted in a rock or shell if you have nimble fingers.

Once your plants are in your chosen containers, find somewhere indoors that gets plenty of natural sunlight but is frost-free.

Let the compost (soil) dry out between watering. Push your finger into the soil and if it feels dry give the plant some water. Usually water once a week or once a fortnight depending on whether the plant is actively growing. You can put a pot with holes into a saucer of water for 20-30 minutes then remove it, this is called watering from below, but don’t leave the pot standing in water because even after only an hour the roots can be damaged. You can also water directly onto the compost from above, but avoid the leaves.

Succulents grow slowly but if they thrive they may produce little babies around the edge of the parent plant. You can remove these carefully with a small knife and pot them into their own small pots of compost – with luck these might grow on and you can expand your collection or give some as gifts to friends and family.

If you care for an aloe vera or jade plant really well they might get too big for the windowsill and begin to fall over. You can cut off some of the larger branches or leaves to stabilise them or move the plant on to a bigger pot.

It is straightforward to put plants into different or bigger pots but it can make a mess so use a flat surface covered with a tray or newspaper. Tilt the pots up and ease the plants out, being gentle with the roots. Half-fill the new pot with compost, break it up with your fingers and then press it down lightly. Position the plant in its new pot, fill compost around it and press it in gently. When the roots are covered, a finishing touch is to put a shallow layer of grit or similar over the surface of the compost.

Aerial arts aren’t just for the circus, they can

Saying positive affirmations to yourself can be a

Being intentional about your breathing with a mind

‘Never ever let somebody stop you or shame you f

Crying is an important way of expressing your emot