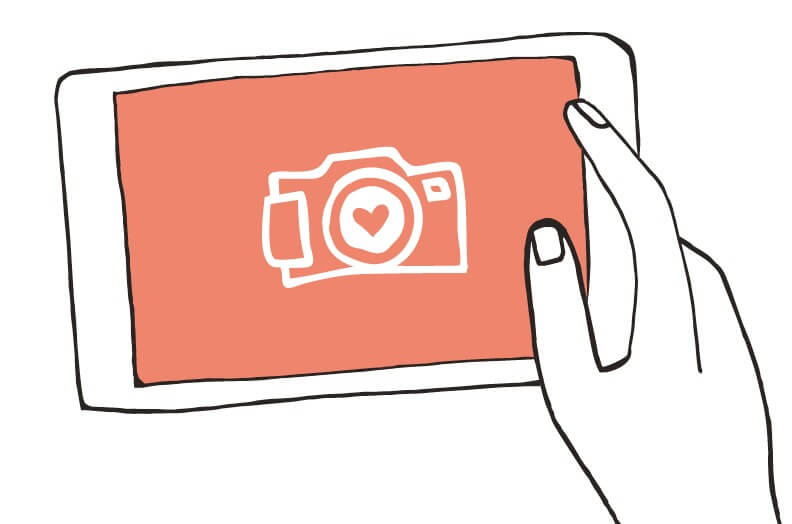 Don’t be fooled by the perfect photographs and seemingly happy lives people lead on social media. Appearances can be deceptive…

Filters and phone-editing tools can magically turn an ordinary photograph into something extraordinary. You can remove a spot, whiten teeth and make your face look slimmer with the click of a button. #nofilter or #iwokeuplikethis are hashtags often used on a fantastic image, but you never really know what’s behind that picture. Trawling through Facebook, Snapchat and Instagram, count how many photos are posed. These are shots that have been thought about – not photos of someone washing up or frantically trying to finish an essay at the last moment. It’s rare you’ll put a photograph up that you don’t like, so remember others will think the same.

Do you ever look on with envy at how slim many stars are in magazines or on social media? Well, always inspect those images a little more closely as many are photoshopped – or altered – to slim down thighs, waists or faces. When anyone notices an obvious edit, people on social media are quick to point out the weird-shaped arm or bum and embarrass them. Earlier this year, reality star Kim Kardashian faced a massive backlash from fans when paparazzi bikini shots taken of her on a beach seemed to be different to the flawless images she had posted of herself on her sites.

Celebrities have a lot of help making them picture perfect. They may have their own stylist, make-up artist, chef, personal trainers and hairdresser and even if they don’t, before a photoshoot there will be a team of people helping them look fantastic. Some may even have paid money to improve their appearance. Cosmetic surgery is still a taboo subject, with many celebrities refusing to admit that they’ve had work done on their face or body, but botox, facelifts, eyebrow tattoos and even teeth whitening are easily accessible to stars nowadays.

Faking it for followers

Don’t forget that celebrities – as well as non-celebrities – often put posts up to get more followers and likes or views on their channels. Their looks affect their money-making power. Some stars don’t even manage their social media – they have a management team to post pictures and status updates to create the perfect image for the public. When they upload posed photographs, that picture isn’t necessarily an accurate representation of what’s going on. Many celebrities have the same worries as you. They just don’t tell everyone about it as they don’t want to reveal too much.

Hollywood actress Kate Winslet, 41, got so fed-up with her images being photoshopped in magazines that she now has no-photoshop clauses in her contracts. ‘It does feel important to me because I do think we have a responsibility to the younger generation of women,’ said the star of 1997 film Titanic and a model for international make-up company L’Oreal. ‘I think they do look to magazines, I think they do look to women who have been successful in their chosen careers and they want people to look up to. I would always want to be telling the truth about who I am to that generation because they’ve got to have strong leaders.’